WL M: Finland hoping to finish on a high note this weekend

This is a crucial weekend for World League teams in pool C as the last weekend of matches draws near. Finland, shocked by its defeat against Canada in last week’s matches, are now getting set to host the Netherlands. But the two countries have different objectives as they get set to take to the courts in Tempere. WorldofVolley brings you the latest volleyball news. 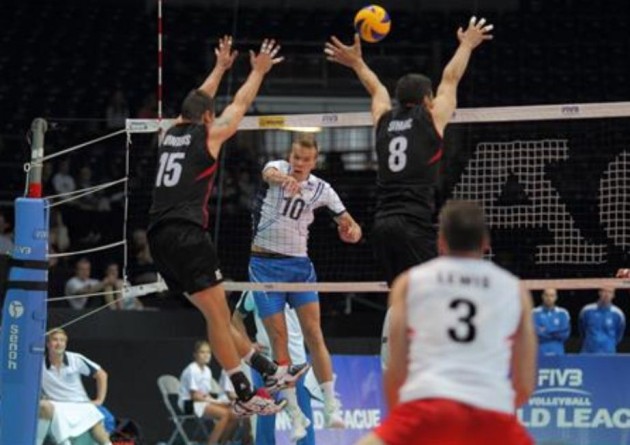 The Netherlands will be playing to keep their first place in pool C and earn their ticket to the World League final round to be played later this month in Mar Del Plata, Argentina. In this very tight pool C, Netherlands are leading with 19 points, just one point ahead of Canada who will be playing in Osaka, Japan this weekend.

After its two match loss to Canada last weekend, Finland risk finishing in the bottom teams of pool C and going to the qualification round in August.

Finland, currently in fourth place in Pool C have collected nine points. Japan have got 8 points and Korea, who will face third-placed-Portugal in Guimaraes are at the bottom of the pool with seven points.

Finland and Netherlands will also play in the same pool at the 2013 CEV European Championships, which will take place in Denmark and Poland this September.

There is a lot riding on this weekend’s matches for the Pool C teams.

EL M: Opava hosts last round of action in Pool B