WL M: No happy end for Cuba – Iran wins for second night in a row

Iran beat Cuba in four sets in the FIVB World League on Saturday, leaving the home crowd frustrated and the home team at the bottom of Pool B with just one win from 10 games. Iran are now 4-4 after eight games. Amir Ghafour, David Fiel and Yordan Bisset were the top scorers. 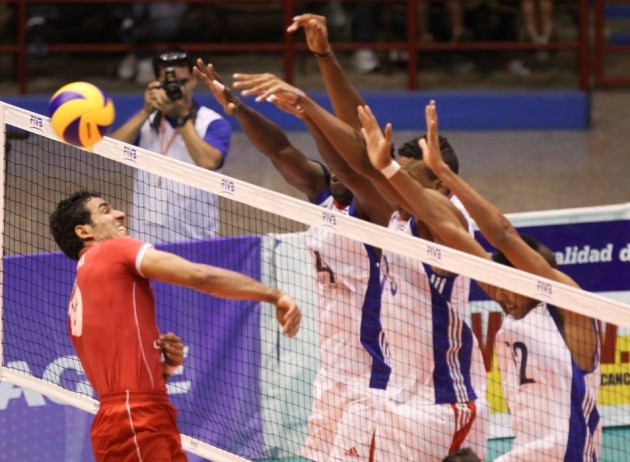 Amir Ghafour was the top scorer of the match with 19 points, followed by Cubans David Fiel and Yordan Bisset, with 16 points each. Fiel scored 10 blocking points, the best in the World League this year.

It was a balanced match with both teams knowing what to expect after Iran’s five-set win on Friday. After trading points, Iran took the lead in the first set, making the most of Cuba’s poor receiving and naïve spikes. The Asian champions were three points ahead at the first technical time-out on the back of better blocking. Nevertheless, Cuba gave them a taste of their own medicine, winning two points in a row by stopping Iranian spikes. Thousands of voices started chanting “Cuba, Cuba” in Ciudad Deportiva Coliseum, which rose to a roar when the home team went ahead at the second TTO (16-15). Cuba then won the first set with Fiel’s fifth block.

The second set began with a couple of Cuban setting errors, but compensation came in the form of some powerful spikes by Yordan Bisset. The home team were two points ahead at the first TTO, but Iran settled down and led 16-13 at the second break. Iran Coach Julio Velasco regrouped his players and they held on to their lead to take the second set 25-20.

In the third set, Iran were two points ahead at the first TTO and four at the second. Rahman Davoodi – who finished with five aces – troubled the Cuban receivers. Unlike Friday, Cuba was superior in blocking, but the passers couldn’t settle down enough to set up strong spikes, and Iran won the set by seven points.

The Iranians started the fourth set ready to finish the match, and they didn’t waste any time. They were ahead at both TTOs and held off a Cuban come-back attempt.