Germany edged hosts Israel 3:1 to re-assert their credentials for a good result at the finals coming up next week in Varna. Giovanni Guidetti commented the game. WorldofVolley brings you the latest volleyball news. 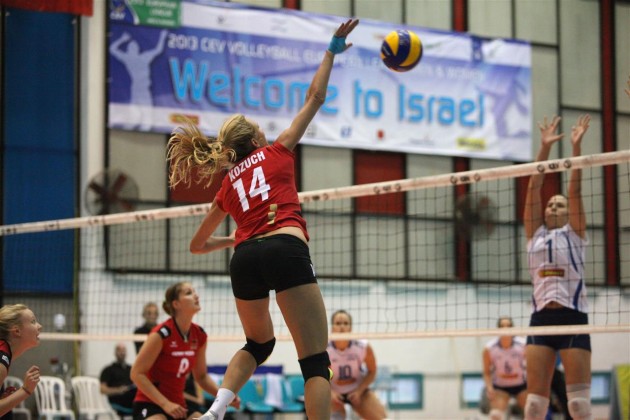 After a close start where Israel was helped by middle blocker Anita Gluck (4:4), Germany accelerated their pace halfway through the second set (14:11) and finished it off at 21-15 for the provisional 2:0.

Anchored by their captain Moran Zur, Israel got off to a flying start in the third set (9:5) and was up by six points at the technical time-out. Germany scored three in a row to make it 12:9 but their head coach Giovanni Guidetti stopped the game once more as his side was trailing 11:15. Anna Velikiy and Moran Zur took their side by the hand and could call for a fourth set to the delight of the home audience.

Germany pulled together in the fourth set and though Zur and Velikiy continued to play well for the hosts, Denise Hanke sealed the final 21-13 for a well-deserved 3:1 victory for Germany.

“I see we are ready for the final four and I am especially happy with the performance showed by the young players” commented Guidetti in the end.

WCHY M: Russia demolish Iran to play for the gold

WL M: No happy end for Cuba – Iran wins for second night in a row