ZIM: Mapondera – “We are travelling to Mallawi by bus”

The Zimbabwe national men and women volleyball teams are set to make a road trip to Lilongwe, Malawi, today where they will compete in the Sub-zone Group K 2014 World Volleyball Championships qualifiers. 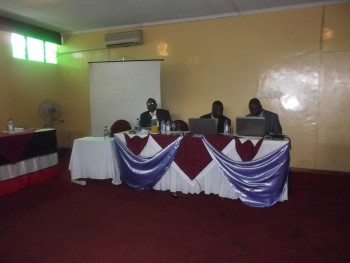 The qualifiers run from July 23rd to 27th.

Sub-zone Group K comprises hosts Malawi, Zimbabwe, Zambia and Swaziland. Zimbabwe will be bidding to finish in top three to progress to the next stage of qualification which is the Zone 6 level where the top two finishers will go into the final stage, the African qualifiers.

Both the Zimbabwe national teams are yet to qualify for the World Championships but the men’s team reached the final qualification stage the last time out.

“We did not have as much preparation as we would have liked to have due to financial constraints. That is the other reason why we are also travelling all the way to Malawi by bus,” he said.

“We have not so far had any support from the corporate world and we have to go at it alone and as a result, there is not going to be any allowances for the players, which is not a good situation but we will give it our best for the love of the game and our country.”.

“Basically, we expect all our teams to pass this stage because we have quality players in our teams. We have even left out our contingent of foreign-based players partly due to financial constraints but we will surely need them for the next stage of qualification,” he added.