WCHY W: Hosts back to winning ways against Puerto Rico 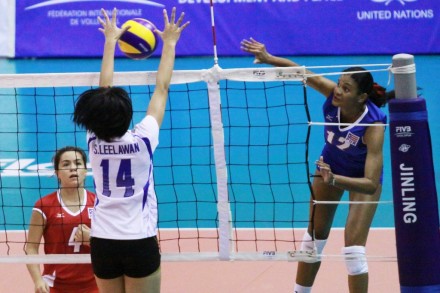 With one match remaining in their pool A against Tunisia on Tuesday, Thailand improved their win- loss record to 2-1, while the NORCECA team suffered their first defeat to become 2-1.

With the superb performance of captain Patcharaporn Sittisad and powerful hitter Jiraporn Chaymon the way was paved for the organizers to set the second win as the first had a tally of 28 points coming out widely as the match scorer as well as best serving performances with 6 aces, while the second contributed 25.

From the opponent side Patricia Montero led the scorers with 14 points including 3 stuff blocks.

Thailand supported by 2000 spectators put a pressure upon their opponents through the powerful service which allow them to win first set before Puerto Rico fought for 31 minute to win a marathon second set in 30-28.

Home crowd played a role to re motivate their team to win two successive sets to capture the hard victory.