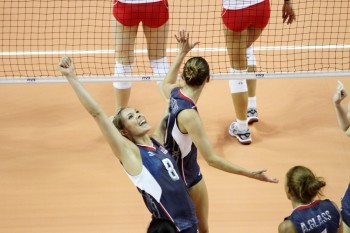 In the first set, Poland and United States kept a close game during the entire set. The USA got better in the end and closed the set with 25-22. The receiver Kimberly Hill scored six points for the Americans.

The history got repeated in the second set. Poland started better but United States got the actions even. The opposite Kelly Murphy with powerful spikes helped the Americans to take the lead and close the set with 25-23.

United States control all the actions in the third set. With good blocks and counter attacks, the Americans won the set by 25-16 and the game 3-0.

For more news from this competition click on World Grand Prix 2013.