After a season spent in the Turkish Sivas, Marcel Gromadowski decided to change the course and go to Italy. In the next season he will defend the colors of Volley Brolo in Serie A2. 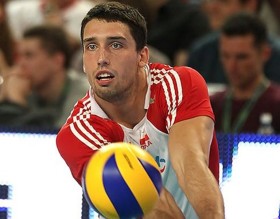 The Polish have already had the opportunity to play in the Italian league. The opposite performed there from 2007 to 2009, first in Copra Piacenza, and after that in the Serie A2, in Wayel Bologna.

By signing a contract with the Polish player, the team from Sicily completed its squad for the upcoming season. Salvo Messina, president of the club was delighted with obtaining the opposite:

“First we brought Rudinei Boffa, and now Gromadowski, so we will have more than excellent team. I believe that the acquisition of these two class players, along with the rest of the players that we have in the composition will allow us to take the next jump in quality, reaching above our goals for the season. Without false modesty, I think the playoffs will be within our reach, and that for Brolo and the whole of Sicily, it would be a great thing,” said Messina.

To read more news from this country, click on Italy.

Check out WoV Community profiles of Gromadowski and Brolo.