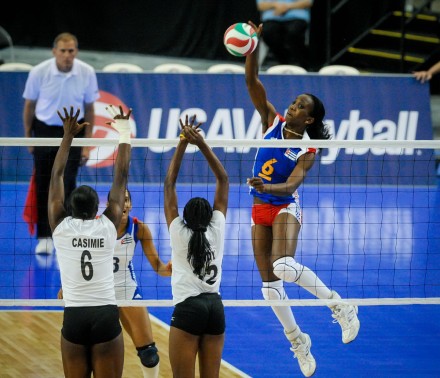 Cuba, which has won the NORCECA Championship a record 13 times but has the youngest team in this year nine-team field, will play Costa Rica on Friday at 4 p.m. CT in the seventh-place match. St. Lucia, playing in its first-ever NORCECA Championship, concludes the tournament in ninth place.

Cuba was led by Melissa Vargas, the youngest player in the tournament who is one month shy of her 14th birthday. She scored 17 points and was matched by Alena Rojas’ 17 points. St. Lucia was paced by Dania Hamilton paced St. Lucia with five points.

ECH M: Herning to see 4 equally ambitious teams battle for spot in next round

NORCECA CH M: Puerto Rico gets ready for the championship