NORCECA CH M: Puerto Rico gets ready for the championship

The Puerto Rican Volleyball Federation announced the 12 men roster for the Norceca Men’s Continental Champioship that will be played from September 21 to 29 at the Langley Events Centre in Langley, British Columbia, Canada 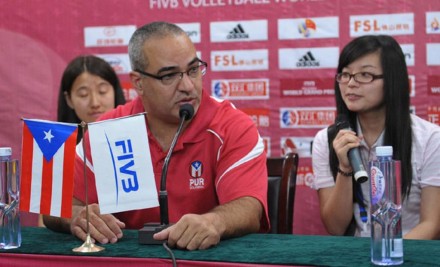 The National Team coached by David Aleman will depart from Puerto Rico to Canada on Saturday. The Puerto Rican team will play in Pool B along with Cuba and Bahamas.

The other six teams that will compete at this tournament are The United States of America, Saint Lucia, Dominican Republic, Guatemala, Mexico and hosts Canada.

The technical staff is composed by head coach David Aleman, who is assisted by Ramon Lawrence. Angel Velez is the statistician while Wilfredo Nazario is the physical therapist and Nelson Perez as team manager.

“The group has worked very well and We will play strong every match,” said Aleman. “We will begin playing against Cuba that is a transition group, but they always play at a great level”.

CRO: Summary of the women’s and men’s...