Belgium rookies GENT Dames can barely wait for their debut in the 2014 CEV DenizBank Volleyball Champions League – Women. On Wednesday the players mentored by head coach Stijn Morand will start their adventure by hosting last year’s champions and the winners of the 2013 FIVB Club World Championship, Turkey’s VakifBank ISTANBUL. 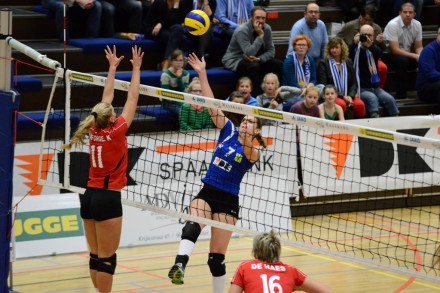 GENT Dames caught a good start of their domestic season winning the Super Cup a couple of weeks ago and edging in straight sets the team of Mortsel, a club competing in the second division, in the first round of the national cup.

Though there were ups and downs, head coach Stijn Morand says the goals for this season remain unchanged. “We want to achieve the best possible results in every competition we enter, including the CEV DenizBank Volleyball Champions League. Our goal to finish third in the group is not out of our reach. Of course the match with VakifBank comes too early especially after the team underwent many changes this summer. However, playing the reigning world champions will be an extra motivation for our young players”.

VakifBank will travel to Belgium with the ambition to continue their impressive winning streak of 52 consecutive matches and to seize the night also in order to pay their tribute to the father of their team manager Ramazan Yildirim, Husein, who passed away a couple of days ago.

Though they are debuting in the CEV DenizBank Volleyball Champions League, this will be the tenth European campaign for GENT Dames and the game with VakifBank has sparked a real Volleyball fever in Gent and its neighborhood.

CL M: Knack ROESELARE to extend rivalry with VfB FRIEDRICHSHAFEN in opening round