PARIS Volley is confidently looking at the upcoming start of the 2014 CEV DenizBank Volleyball Champions League for the side from France’s capital city has swept three consecutive matches so far in their national league. 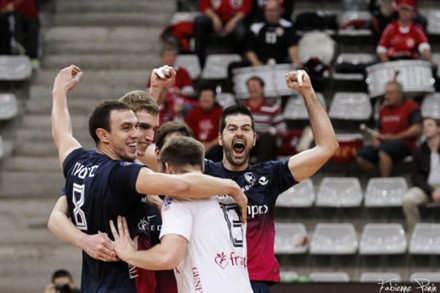 They started out with a 3:1 home victory over MONTPELLIER, another win – with the same score – in Toulouse and more recently edged BEAUVAIS Oise at the tie-break. Serbia Marko Ivovic is not only PARIS Volley most prolific player so far, but even tops the charts in the national league with 71 points after three rounds, including 28 from the match with MONTPELLIER Volley.

PARIS Volley is set to play on Saturday in Ajaccio and this will be their last domestic game before next Thursday they cross the ways of Poland’s champions Asseco Resovia RZESZOW in the first round of the 2014 CEV DenizBank Volleyball Champions League.

Also, check out the Latest news from France.

DENIAL: Lafitte not in talks with BR...