IRN M: Saipa as a Finalist; Peykan & Kaleh in the third play

Saipa with a victory over Urmia’s Shahrdari has been qualified to take part in the final round of the Premier Volleyball League in a play which was held in the capital of Iran’s Volleyball. 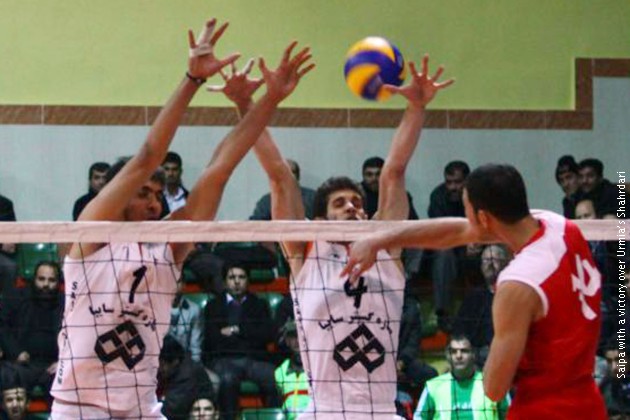 Saipa as a Finalist; Peykan & Kaleh in the third play

According to the public relations of volleyball federation, the home-play round of semi-final in the Premier League of Volleyball was followed with two held matches in Urmia and Tehran.

The volleyball team of Saipa which in the away-from-home play of this round defeated Urmia’s Shahrdari in Karaj by 3-2, in the home-play too in a one-side victory defeated the host team in Urmia potently in straight sets to move up to the final round of the premier league for the sixth times.

Nevertheless, in the last five times Saipa failed and was awarded the vice-champion of the premier league.

The victory of Saipa happened before the reporter of FIVB, Andrea Zorzi to prove him that being at the top of the table for weeks was not accidental and the team of Saipa has a high quality of harmony.

In the other play of home-play round of the semi-final in the premier league, Mazandaran’s Kaleh and Peykan played against each other in Tehran and in a two breathtaking hours, Kaleh blanked Peykan 3-1.

In addition to the growing number of the spectators that reached to 1500, the head coach of the national team of Volleyball, Julio Velasco attended in Volleyball House Hall to select the best players of these two teams.

In this regard, the opponent of Saipa will be decided after the third play (Kaleh against Peykan on 11th March) to be called the other finalist in the 25th Tournaments of Iran’s Premier Volleyball League.

If Kaleh in the third play as the host move up to the final round will confirm a record because for the the past 12 years, Kaleh stayed at the third rank for two times and had no previous experience of being in the final round of premier volleyball league.

The results are as follows:

WGCHC W: Brazil one step away from...