Gent, Belgium, March 11, 2012. Belgium’s sensation VDK GENT Dames will try to prolong its unique fairytale in the semifinals of the 2012 CEV Volleyball Challenge Cup by playing Lokomotiv BAKU of Azerbaijan, a side that includes players of 7 different nationalities. 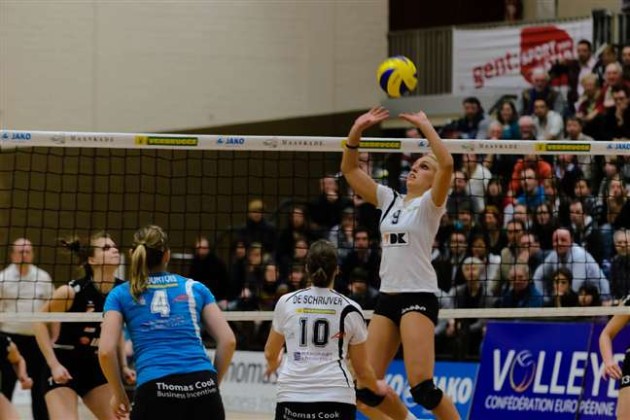 Will VDK GENT Dames prolong its dream of European glory?

The home match of the semis is scheduled for this coming Wednesday, March 14, with the Azeri delegation traveling to Gent already on Monday.

With US American Nancy Metcalf and Cuban Marta Sanchez, Lokomotiv has got a couple of former Olympians from the 2004 Games in Athens while Venezuelan Veronica Gomez – who is well known in Belgium having been the MVP of the local national league in 2007 while playing for TONGEREN – will be missing this trip as she recently got injured.

Lokomotiv is the runner-up from the last edition of the Challenge Cup – they lost to their compatriots of Azerrail in the final – and have made it to the semis only via a golden set to edge the Czechs of Kralovo Pole BRNO after beating Vasas BUDAPEST, ZOK SPLIT 1700 and Vizura BEOGRAD in the previous rounds.

The home players of VDK GENT Dames will try to extend their home invincibility at “Bourgoyen” sports centre in the competition while it is already known that five home-grown players will leave the club at the end of the season.

IRN M: Saipa as a Finalist; Peykan & Kaleh in the third play