China may not have begun the tournament in the way that they would have wanted, but they certainly finished in a manner that left those watching in little doubt they were worthy winners. 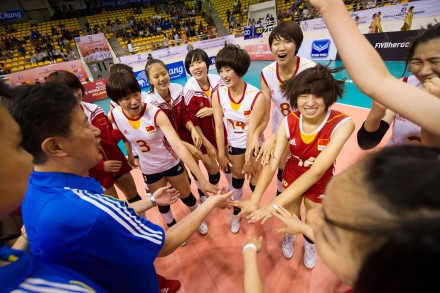 Xinyue Yuan was voted tournament MVP and maintained her remarkable form in the final to lead the scoring with 16 points, while Yunlu Wang was not far behind with 14.

“I am very happy that we are the winners today because we had our best performance in the competition and showed good skills and passion,” China captain Sun Haiping said. “We were able to control the entire match.”

Few would have picked China as eventual gold medallists following their first two matches when they lost 3-2 to Japan and 3-1 to Poland. They recovered to beat Greece 3-1 and Argentina 3-0 to qualify from their pool in third place and set up a Round-of-16 clash with hosts Thailand, whom they subsequently knocked out with a 3-0 victory.

By now they had begun to find their rhythm, but the Dominican Republic proved to be tough quarterfinal opposition before China prevailed 3-2. They also needed five sets again in the semifinals to beat Peru, before they found their very best form against USA in the championship match.

“We played very well,” China coach Dong Ruijun said with typical understatement. “Everybody in our team played well in this match and we accomplished our goal in a good way. This was the best performance in this tournament by my team and we have been able to provide great experience to these young players for future tournaments.”