WCHQ W: “I knew I made right decision” said Vercesi

It was the perfect way to end a memorable Volleyball weekend at the Gimnasium sports hall in Rovinj as Croatia edged the Netherlands after a breath-taking thriller to top the charts in Pool L and qualify to the Final Round of the 2014 FIVB World Championship. 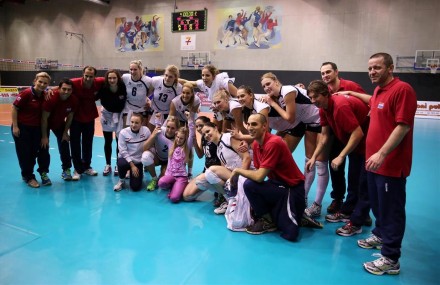 Actually, the “Oranjes” also got that much desired ticket for – even before the end of this game – they knew they would anyway be one of the two second-placed teams with the best score across all Pools that are also set to travel to Italy in late September.

“In the fourth set I was told that regardless of the result of this game we were anyway qualified for the World Championship” says Dutch head coach Gido Vermeulen. “However, I did not inform my players until the fifth set. Croatia played well in the first and second while we were able to display some good Volleyball in the third and fourth. I am not happy with our defeat but nevertheless very pleased with our qualification to the Worlds.”

“It is just fantastic! We scored a big victory in front of our fans and we qualified to the World Championship! I knew I had made the right decision when I accepted the proposal to coach the Croatian national team” said an enthusiastic Angelo Vercesi, head coach of Croatia.