Defending champions Arecibo Captains advanced to the best-of-seven playoffs of the Puerto Rican Superior League following their straight-set (25-22, 25-20, 25-20) over the Carolina Giants in the seventh and deciding match of their semifinal series. 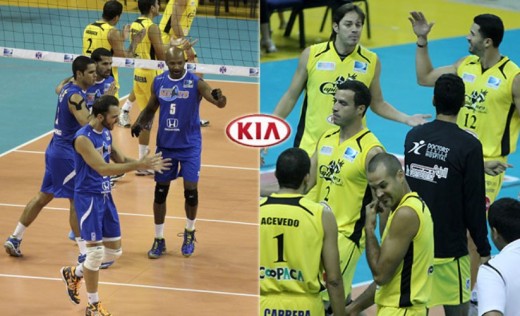 Roberto Muniz and Hector Soto topped Arecibo’s scoring charts with 18 and 15 points, respectively, while José Rivera had 11 tallies for Carolina.

The Captains will meet the Guaynabo Mets for the second consecutive year when the Kia Great Final Series begins on Wednesday at the Mario”Quijote” Morales Coliseum of Guaynabo.

While the Captains were forced to play a seventh and decisive contest, the Mets swept their series winning four matches in a row over the Corozal Plantainers.

Last year Arecibo claimed the title by dominating Guaynabo in four straight matches but in the regular series the Mets won two of three matches between the two sides. The Mets took their two victories in four sets while Arecibo got their win in five frames.

Who will win the Puerto Rican Championship? Leave your comment on WoVForum.