Two years ago, volleyball was only a recreational sport in Bermuda practiced by former players who for different reasons ended up working in the island. Today, the popularity of the sport has grown thanks to the development plan of NORCECA Confederation and it is a different story from the time when just a handful of native Bermudians played the game. 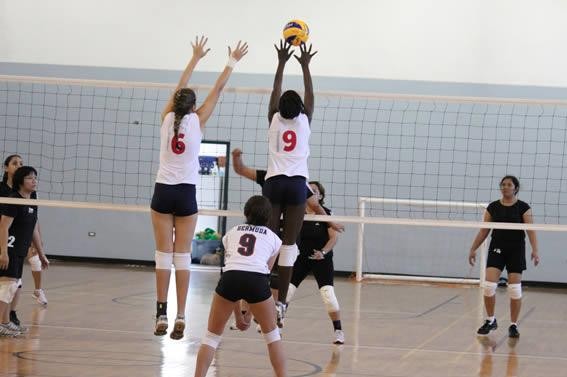 Bermuda has now a Women’s National Team to represent the country next June in the first round of the Qualification Tournament to the 2014 World Championship to be held in St. Kitts and Nevis.

The National Junior Team that will represent Bermuda in the competition is exclusively a product of the initiative of the NORCECA Development Program.

The team is composed by a group of enthusiastic youngsters who have made huge progress since they started in the program in 2010. Those players include Khianda Pearman, Melissa Fiddick, Michela Elberly and Kristyn Dale, who play as outside hitter, middle blocker, setter and libero respectively.

The team had their first experience in organized volleyball when they took part in the Junior ECVA Tournament and are considered as big prospect for regional volleyball.

“We are very satisfied with the results attained in a very short term”, NORCECA Instructor Juan Cartagena said. “The program has the support of NORCECA and the goal is to continue developing and elevating the level of volleyball within the region.”

The plan now, Cartagena added, is to expand the program in order to cover the area of beach volleyball.

“We are very optimistic about the future of volleyball and beach volleyball here,” he said. “And I am pretty sure that is the case in the other islands of the Caribbean.”