Regular season is over in Turkey, let´s start the postseason thrill! No, wait.. Turkish men´s teams long for something way simplier – a mere information when and where will the playoffs take place! 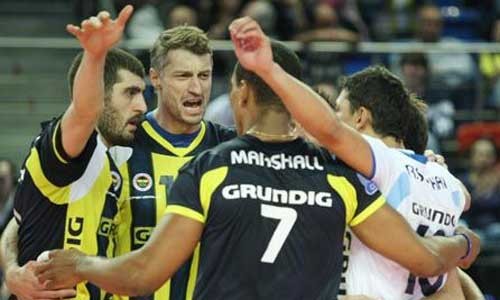 Turkish Volleyball Federation is well-known for their loose deadlines and last-minute decisions, but this CHAOS has been brought up to a completely new level this year.

Unlike other national federations, playoff schedules have not been announced neither at the beginning of the regular season, nor at its end and still officialy remain a „secret“. Regular season finished last weekend and teams are still waiting, having no clues how to prepare their training plans for the most important part of the season.

And that is the best way for keeping the match pace! While other national competitions are already in semis or even finals, Turkish teams will probably have to sit next 2 weeks and then start the playoffs in form of a tournament which is going to take place in a neutral city which has not been announced yet as well.

The biggest stars can not play in finals

What is even more frustrating, the preliminary date of men´s playoffs (March 16-25th) collides with training camps for FIVB Olympic qualifications! Teams like Galatasaray, Fenerbahce and Arkas will have to send their players to their national team camps (Riviera, Miljkovic, Agamez, Bravo, Hansen, Duff, Perrin) and Arkas and Fenerbahce will even have to play their possible final matches without their head coaches Glenn Hoag and Daniel Castellani…Furthermore, even after this point teams won´t be allowed to change their initial 12-players rosters…What a frustrating way of wasting clubs´ most expensive players!

This year, Turkish Volleyball Federation has introduced a new system into both men´s and women´s playoffs: first 8 teams of the regular season will be divided into two groups of 4 teams (1st team-4th-5th-8th and 2nd-3rd-6th-7th). Winners of the first two positions in groups will play semifinals against the other group winners.

Women´s playoffs will take place in Ankara on April 3-12th.

In women´s playoffs each of the four BIG Turkish teams – Fenerbahce, Galatasaray, Vakifbank and Eczacibasi, though Fenerbahce remained unbeaten throughout the regular season.

As there is the controversial 2+1 foreigners rule, teams can not use all their foreigners and will lose their top-strenght which has brought them for example to Champions League victory (Fenerbahce) or into the CEV cup final (Galatasaray).

And in men´s part? It seems that after injury of their first setter Arslan Eksi in March, the last years champion Fenerbahce suffered a major blow. Nevertheless, it is hard to say how the other two strong teams (Galatasaray and Arkas) will cope with absence of their important players who will have to leave for national teams after April 20th.

The road is opened for IBB and mainly for Halkbank Ankara, which has won the regular season and whose club-owners are this year´s sponsors of the Turkish national team.