BUL M: What does Sokolov dream of?

International star Tsvetan Sokolov expressed his dream one day to return to Marek Union-Ivkoni DUPNITSA and win Bulgaria’s national title with the club that discovered him for big volleyball. The opposite of Italy’s TRENTINO Volley and the Bulgarian national team congratulated his former teammates for winning their third consecutive domestic title. 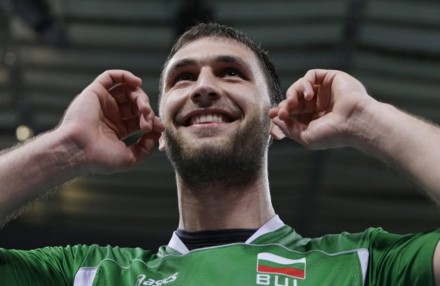 “I managed to watch the first final match only in parts, but did see the entire second match.  I was keeping my fingers crossed for the boys and I am happy that they managed to win. They fully deserved the title.  Marek is the number 1 team in Bulgaria and left no doubts about it.  The club’s policy to rely on young players and to be patient with them is the way to go,” Sokolov commented.

Immediately after the awarding ceremony was finished, Tsetso personally called head coach Nayden Naydenov to congratulate him and the boys for the gold.

“I am sure that everybody in Dupnutsa is proud of the players and there is a good reason for that.  All season without a loss and not even a single lost set in away matches is a unique achievement,” the Trentino star continued.

He is now looking forward to playing along with some of Marek’s players in the Bulgarian national team and is also wishing to face some of them as opponents on the volleyball court in the next club season.

“I never became champion with my native club, but one day I will return with the Marek jersey and lift the Championship trophy. This is a must!” concluded Sokolov.