The volleyball players of Crvena Zvezda are the new champions of Serbia. They in the final series of playoff were better than Vojvodina, defeating the rival in all three matches. 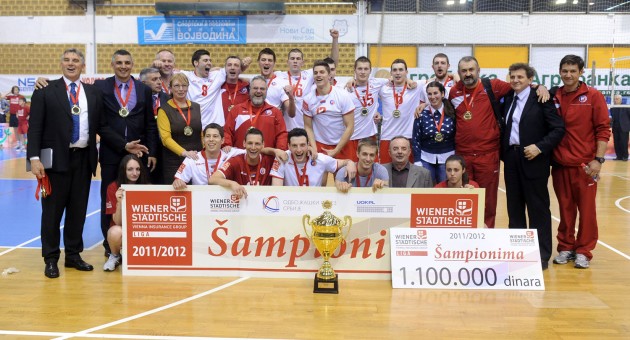 The first match the players from Belgrade won without losing a single set. In the second match they lost one set, while in Novi Sad, they won the season with the maximal triumph.

For CrvenaZvezda this is the second title of the championship of Serbia and the eighth in the history of the club. It should be mention that the volleyball players of Zeljko Bulatovic were on top of the scoreboard, during the whole league.

In addition, they have been losing against Partizan with 2:0 in the semifinal matches, after which they took six consecutive victories, thus becoming the best team in the country of the European champions.