All tickets are now on sale for the eight-team NORCECA Men’s Continental Olympic Qualification Tournament on May 7-12 at the Walter Pyramid in Long Beach, Calif. 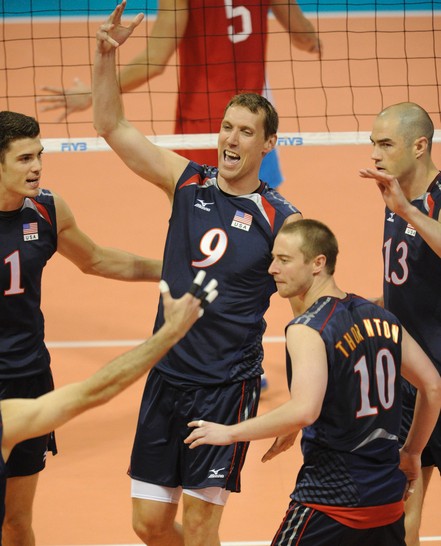 The U.S. Men will play in Pool B along with Mexico, Trinidad & Tobago and Costa Rica. Pool A will include Cuba, Canada, Puerto Rico and the Dominican Republic.

The U.S. Men’s National Volleyball Team, which is based in the Official Host City of Anaheim, Calif., is ranked sixth in the world by FIVB and second in NORCECA. The U.S. Men, who are the defending Olympic Games champion, will be looking to qualify for their seventh straight Summer Games and the ninth overall since the sports’ debut in 1964 at the Olympic Games in Tokyo.

The quarterfinals will be played at 6 and 8 p.m. PT on May 10 with the second-place team in each pool taking on the third-place team in the opposite pool.

Schedule subject to change depending on U.S. finishes

About Qualifying for the 2012 Olympic Games

Twelve teams will compete in men’s volleyball at the 2012 Olympic Games in London. Great Britain, as the host country, has already received one of those spots. Russia, Poland and Brazil have also qualified by virtue of their first, second and third-place finishes (respectively) at the 2011 FIVB World Cup in Japan. Tunisia has also qualified as the winner of the African zone qualifying tournament.

Of the remaining seven spots, the winners of the NORCECA, European, South American and Asian zone tournaments will each get one.

The final three qualifiers will be the winners of three FIVB World Olympic Qualification Tournaments. These tournaments will be held in Tokyo, Japan (June 1-10 in conjunction with the Asian zone qualifying tournament), Rome, Italy (June 8-10) and Berlin, Germany (June 8-10). Teams are invited to these FIVB tournaments based on their world ranking. The host countries, provided they have not yet qualified for the Olympic Games, are invited automatically.

The City of Anaheim

Since 2006 the City of Anaheim, Calif. has been proud to serve as the Official Host City for the U.S. Men’s National Volleyball Team, followed by the Women’s Team in 2009.  The Teams train at the American Sports Centers.  Anaheim is the 10th largest city in California, and home to world class sports and entertainment such as Angels Baseball, the Anaheim Ducks, the LEED-certified Anaheim Convention Center, the largest convention center on the west coast, and the Disneyland Resort.