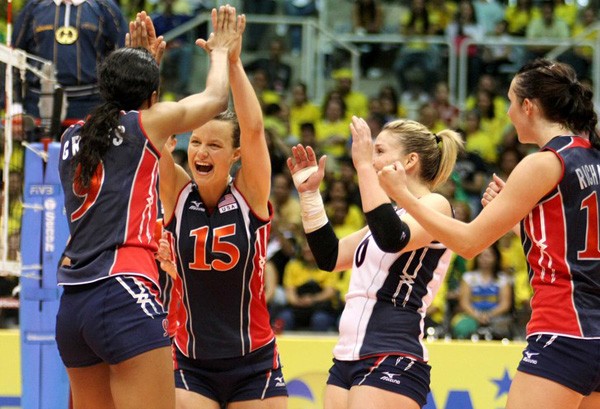 Jones led the league in blocks with 80 during the regular season and finished second in the most valuable player voting with 10 votes. In the Puerto Rico Super League championship best-of-seven final round, Catano captured the title in four sets in upsetting fashion over top-seed Caguas.

“We prepared for this match and were able to stabilize our blocking throughout the match,” said Jones, who scored 13 points including seven blocks.

Jones notched 19 points with 16 kills and three blocks, while Forsett matched her point total with 13 kills and six blocks. Thompson set 30 assists to go with 16 digs and three points.

“We started to click at the right moment,” Thompson said. “We won eight strong matches in the semifinal and final series and we have a lot of respect for a great opponent like Caguas.”

Thompson was honored as the most valuable player of the final round. By winning the Puerto Rico Super League playoff, Catano will represent NORCECA at the FIVB Volleyball Women’s Club World Championship to be held in October at Doha, Qatar.