The Local Organising Committe of the NORCECA’s Women’s Olympic Qualification Tournament reviewed updates in preparation of the competition that will take place from April 27th thru May 6th at the Baja California High Performance Center. 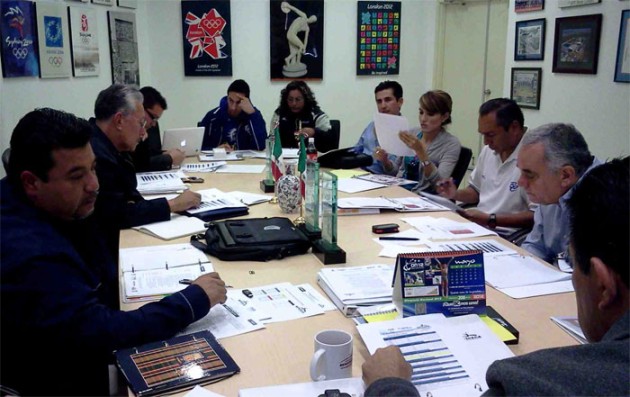 “This will be a high level event, because we will receive FIVB President Jizhong Wei, who will be here following the competition from the beginning to the end, thus we have to work on every detail in the organization, promotion and attention to all our guests and participants”, said Saul Castro Verdugo, General Director of the Baja California Sports Institute and Norceca’s First Vicepresident.

“We have been working closely and with a lot of enthusiasm in many of this kind of events for almost eleven years”, he added.

“The work developed by every commission will be important from the previous preparation, the opening and awards ceremony as well as the stay of the teams to guarantee the success of the event”.

The competition Pools are already defined. The national teams of Dominican Republic, Puerto Rico, Canada and Honduras will be part of Pool “A”, while the host, Mexico will play the first round in Pool “B” along with Cuba, Costa Rica and Trinidad and Tobago.