One of the best Latvian volleyball player ever, outside hitter Olga Tocko Attivi, has announced retirement after several years of great volleyball career. 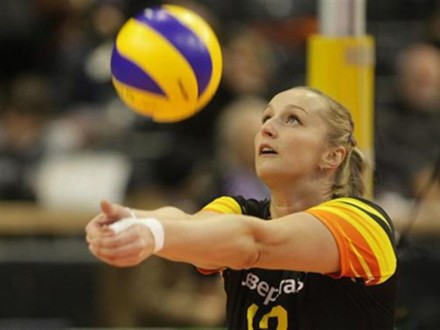 She planned to start something absolutely new in her life, and to open French restaurant in Riga.

Olga was born on July 1st 1982 and she started her sports career in Latvia on 1995. From 2001 she was a member of French club Villebon till 2004. From 2004 she played for French champion RC Cannes where she has played for three seasons. After Cannes she moved to Switzerland to play for Volero Zurich. After Volero she has played for Panathinaikos (GRE), Metal Galati (ROU), Rabita Baku (AZE) and Severstal (RUS). On December 2012 she gave birth to boy Elion and after one year of break she returned to volleyball and signed for Dinamo Bucharest (ROU).