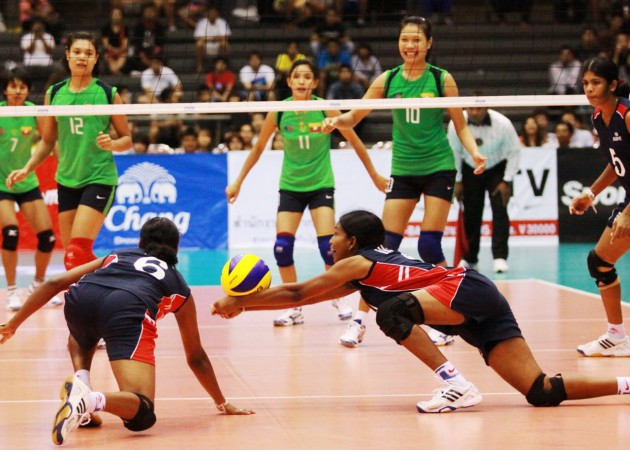 Contesting a play-off to decide a place in the quarter-finals, both Asia World and S.L.B.F.E did not win a single set in their respective Pool A and Pool B round-robin preliminaries, which concluded on Wednesday.

Finishing bottom of their respective groups meant the two clubs battled it out for a berth to take on unbeaten Toray Arrows of Japan in the quarterfinals on Friday.

Asia World VC, led by hard-hitting Aye Nandar Kyaw with six points including three from terrific jump serves, took the first set easily but could not hold their nerve against their Sri Lanka counterparts to go down 22-25, 20-25 in the next two sets.

Asia World VC led commandingly 16-10 in the fourth before the Sri Lankans staged a comeback back to tie 22-22. But the Myanmar side regrouped to hit back impressively and clinch the hard-fought set 28-26.

Unforced errors then began to creep into S.L.B.F.E’s game, gifting their rivals numerous attacking opportunities to seal the win.

S.L.B.F.E finish the tournament ninth with just two set victories to their name while Asia World move on to the final eight.

The quarterfinals will be held on Friday, beginning at 12.00 local time, with Kazakhstan’s Zhetyssu playing Iran’s Gitipasand.