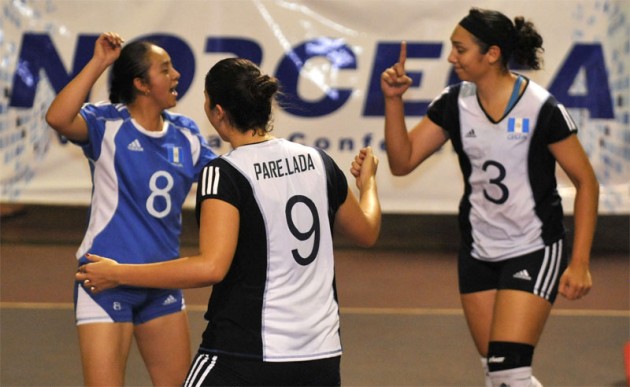 It was the first victory for Guatemala who meets Nicaragua on Sunday at 6:30 to decide the first place. Nicaragua also defeated Honduras in the first day on Friday.

Rut Gomez was the winners’ best scorer with 20 points while captain Diana Arias had 14 and Blanca Recinos added 11.

For Honduras, who battled hard for the first two sets, Carmen Aguilar notched seven points and Jennifer Torres and Maria Barahona each had six points.

Arias, the captain of Guatemala, said “the start was complicated because we had to adjust to the weather and the court, but then the youth of the team and its courage allowed us to earn the victory.”

Catarine Leiva, captain of Honduras said the team did an excellent job. “I think we grew up as a team and we are working on the right path.”

Guatemala’s coach Julio Dominguez said his team is “in a transition period and the adjustments are needed and that’s what happens with the young players in the early sets. The inclusion of young players will be of benefits for our working plan.”

Félix Savio, coach of Honduras said he was satisfied by the performance of his team. “I am very satisfied with the job done by the girls who will continue working in their preparation for the senior Central American tournament.”