Following the completion of the joint Asia and World Olympic Qualification Tournament in Tokyo, Japan on Sunday, the qualifying process for the women’s volleyball competition at the 2012 Olympic Games is now complete with Russia, Korea, Serbia and Japan filling the last four of 12 vacancies. 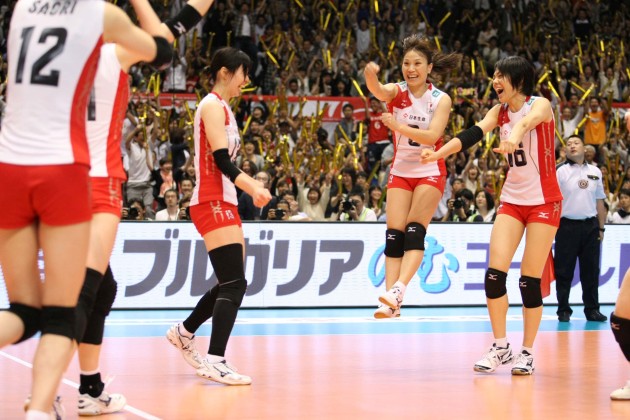 The top three teams and the best Asian side from the eight-day tournament in Japan qualified for London with Russia, Korea and Serbia filling the podium places and Japan finishing as the next best Asia side (AVC Continental Qualification Tournament winner). They join hosts Great Britain, World Cup medallists Italy, USA, China and continental champions Algeria, the Dominican Republic, Turkey and Brazil at the Olympic Games, which will take place from July 28 to August 12.

Russia are the most successful women’s team at the Olympic Games have been crowned champions four times as USSR, the last being in 1988. Having competed in 10 of the 12 previous editions, Russia has also four silver medals to its name after missing the 1984 edition and with C.I.S. collecting a silver medal in 1992.

While Korea return to the Olympics after missing out on qualifying for Beijing. From nine previous Olympic Games appearances, the world No. 13 have a sole bronze medal in 1976 to their name.

For Serbia, ranked sixth in the world, it is the second time they will participate in the Olympic Games after finishing fifth in their debut in Beijing and it caps a superb 12 months which saw them win bronze in their first appearance in the FIVB World Grand Prix last year.

World No. 3 Japan and Russia, ranked 7th in the world, are the two countries with the most Olympic appearances to their name but like Russia, Japan’s gold medal winning days are far behind them, having won the title at the first Olympic Games for volleyball on home soil in 1964, followed by two silver medals and another gold in 1976. Since then it has been a solitary bronze in 1984 however they haven’t been too far off the pace in recent years losing in the quarterfinals in Athens and Beijing.

The last three vacancies will be filled at World Olympic Qualification Tournaments in Japan, Germany and Bulgaria.