The Volleyball Federation of Serbia and its general sponsor “Vip mobile” company continue with their program of social responsibility and awareness. 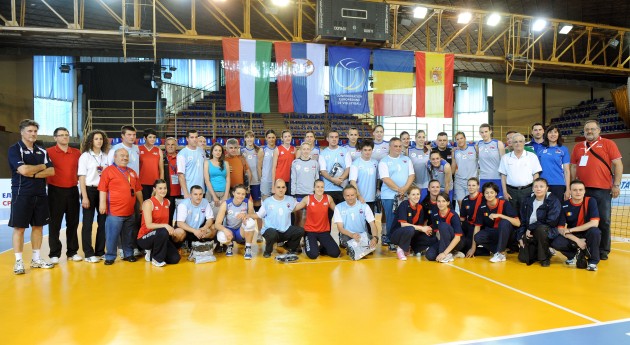 Today, in the “Dudova Šuma” sports hall in Subotica, an exhibition match took place between the senior women of Serbia, Romania, and Spain and the local sitting Volleyball club “Subotica”. The match was attended by Mr. Darko Djuričković, coordinator of all national teams of Serbia, Mr. Tihomir Mandić, “Vip mobile” representative in the City of Subotica, Mr. Zoran Olajić, Director of the Organizing Committee of the European League in Subotica, representatives of the national teams of Romania, Spain and Hungary, CEV Supervisor Gabriel Lotan, Referee Delegate of the International Paralympic Committee Georgios Georgouleas from Greece as well as numerous media and journalists.