Romania downed Hungary in straight sets (25-23, 25-20, and 25-21) on Saturday afternoon at “Dubova Suma” sports hall in Subotica to claim its first win in this year’s CEV Volleyball European League – Women. 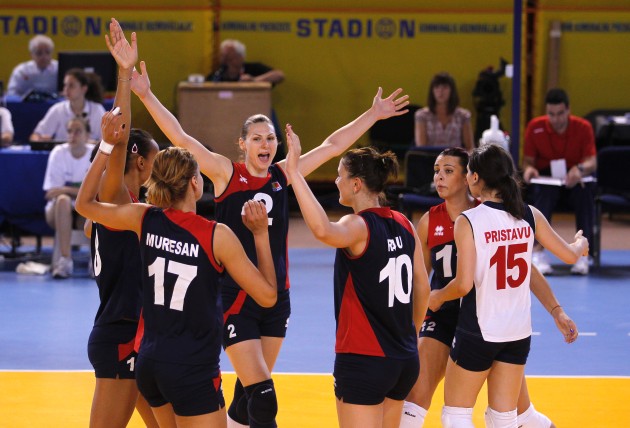 Actually Hungary had initially set the pace of the game in the first set, going up by two points at both mandatory stops, but anchored by opposite Daiana Muresan, Romania flipped the score around in the final phases to seal it with the score of 25-23. Romania dominated the scene in set 2 where Hungary was able to stay tuned only up to the first technical time-out. After that, Hungary struggled in defense as well as in attack, and even though head coach Zoltan Jokay tried many substitutions, still it did not work and Romania cruised to the provisional 2:0. Romania stretched that good tempo also to the opening of set 3 (7:3) but by changing his setter, Jokay was able to stabilize the play of his side that hence got back into the game keeping the score very tight up to the next technical time-out. Right by the time the final rush was approaching, the girls from Hungary got more and more nervous, while Romania regained composure to wrap it up in straight sets.

“We played much better than we did yesterday with Spain. If we can improve in defense and our service, I think we can play a good game tomorrow with Serbia even though they are the clear-cut favorites of this tournament” said Romanian head coach Atanas Petrov. “We had great problems with our reception today and hence the quality of our game was evidently sidelined. So Romania fully deserved this victory” stated Hungary’s mentor Zoltan Jokay. Daiana Muresan top scored for Romania with 23 points while Rita Liliom paced Hungary with 16.