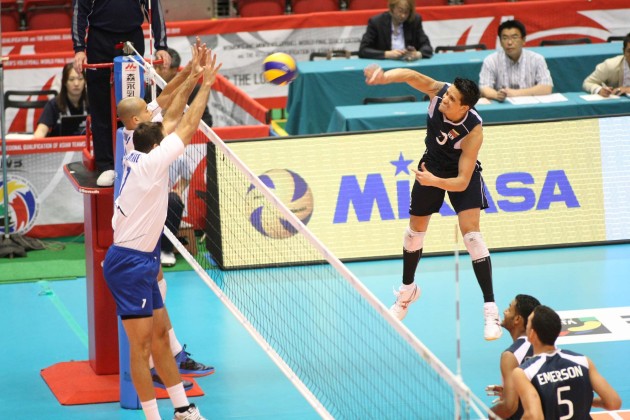 The victory improved Venezuela‘s record to 1-2, while Puerto Rico slipped to 0-3.

Kevin Pinerua had a match-high 14 points in the win. Luis Arias chipped in with 12 points.

Puerto Rico started out with momentum early in the match, but saw Venezuela take it away. Puerto Rico struggled with reception and made some untimely unforced errors.A

Emerson Rodriguez sent a serve long and Puerto Rico took a 5-4 lead in the first set. Puerto Rico was up 7-6 after Enrique Escalante sent a serve long and they led 8-6 at the first TTO.
Jose Rivera‘s spike made it 10-8 for Puerto Rico. Daniel Escobar‘s spike made it 14-13 as Venezuela moved within a point. Kervin Pinerua served into the net for 15-13 and a reception error made it 16-13 for Puerto Rico at the second TTO. Fernando Gonzalez‘s spike tied it 16-16. Venezuela then ran off three more points to go ahead 19-16 and Puerto Rico took a timeout. Emerson Rodriguez’s block took it to 23-18 as Venezuela moved for the set. Ulises Maldonado served into the net and Venezuela took the set 25-20. Gonzales had five points in the set.

Puerto Rico takes on Iran on Wednesday, while Venezuela will meet Korea.

Iran and Australia play the next match on Tuesday.