FIN M: Sammelvuo and Kunnari the best coach and player of 2014 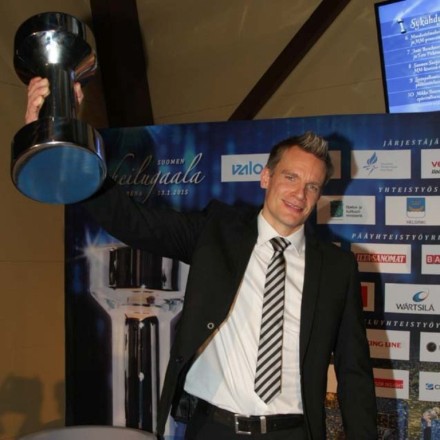 Finland’s sports journalists voted indeed the Volleyball men’s national team as Team of the Year 2014 and their mentor, former international star Tuomas Sammelvuo got the distinction for the Coach of the Year 2014.

Sammelvuo topped the charts for the Coach of the Year with 196 votes leaving behind two ice hockey coaches, Karri Kivi and Erkka Westerlund, who finished second and third on 108 and 91, respectively.

The panel of sports journalists involved in the voting process chose Olli Kunnari as Finland’s Volleyball Player of the Year 2014. Kunnari is a key member of the Finnish national team as well as of VaLePa SASTAMALA, a club that represented Finland in the 2015 CEV Volleyball Cup – Men losing in the 8th finals to Poland’s Zaksa KEDZIERZYN-KOZLE.

USA: Anderson and Glass the best in 2014