Following the completion of the Asia Continental Olympic Qualification and three World Olympic Qualification Tournaments on Sunday, the qualifying process for the men’s volleyball competition at the 2012 Olympic Games is now complete with Serbia, Australia, Bulgaria and Germany claiming the last four vacancies. 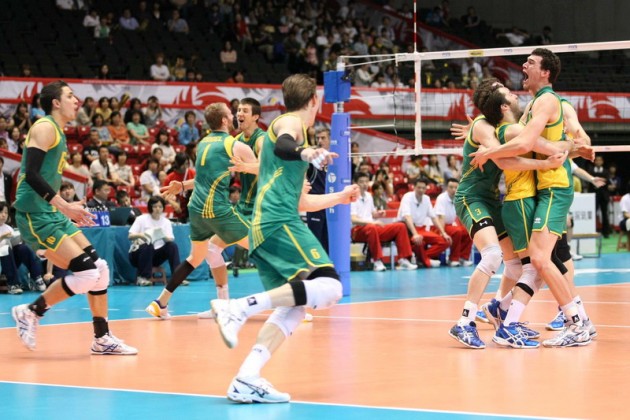 A total of 12 teams have qualified for the Olympic Games in a process which started with the FIVB World Cup in Japan at the end of last year. The winner and the best Asian side at the 10-day joint Asia and World Olympic Qualification Tournament in Tokyo, Japan qualified for London with Serbia winning the event and Australia piping Iran into second place and the title of best-Asia team while the two three-day World Olympic Qualification Tournaments in Bulgaria and Germany saw the host teams qualify as the winners.

Serbia were bronze medalists in Atlanta 1996 and won the gold medal in the Sydney Summer Games in 2000 while finishing fifth in 2004 and 2008. For Australia, it will be the third time at the Olympics having finished eighth in Sydney and 11th in 2004.

For Germany it is the fourth time they have qualified for the Olympic Games having participated in 1968, 1972 and then 2008 when they finished ninth while Bulgaria have participated seven times however their fifth place finish in Beijing was the 1980 silver medallists’ first appearance since 1996.