Reigning champions the USA will be pitted on Friday against European champions Serbia in the curtain-raiser of Pool J of the FIVB Volleyball World Grand Prix in Thailand, a repeat of last year’s semifinal. 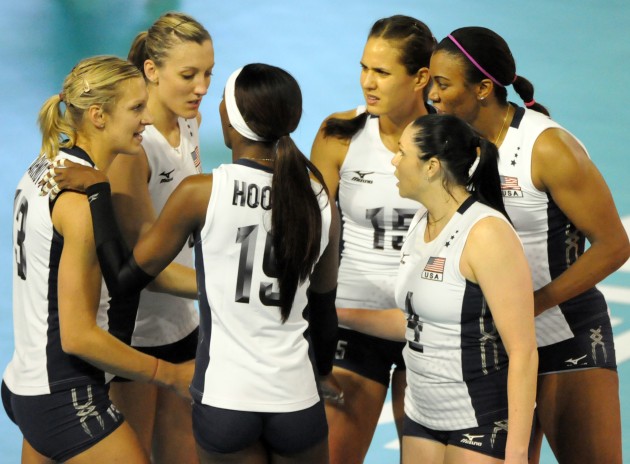 Riding on the crest of a wave following six straight wins including a dramatic 3-1 victory over Olympic champions Brazil last weekend, the United States are scheduled to take on Argentina, Serbia and hosts Thailand in the third and last weekend in Pool J to determine the tournament’s five best-ranked sides plus hosts China for the Ningbo Finals between June 27 and July 1.

Spiking machine Destinee Hooker, MVP at last year’s tournament and currently the top scorer this year with 101 points, remains the world No.1’s most dominant force to be reckoned with in their opening match against the lower-ranked rivals.

As USA’s winning streak in the one-month event has already increased their odds of making the cut for the Finals, the going gets tough for Serbia as the world No.6 are trailing in a distant 10th with only eight points. To keep their dim hopes of advancing alive, Serbia need a clean sweep with straight-set wins in Bangkok.

Thailand also stand a bright chance of repeating their 2011 feat of clinching a berth for the Finals. With the 14 aggregate points from five wins including an epic five-set triumph over hosts and world No.3 Japan in front of their home crowd in Nagoya last weekend, Thailand now badly need only two crucial wins on home soil to book their place in the Finals for the second consecutive time in their history.

Meanwhile, world No.18 Argentina have already sunk their ultimate dreams of advancing to the six-team Final when as they sit 15th on the overall standing with no points from six straight no-win matches.

USA, Serbia, Argentina and hosts Thailand have already arrived in Bangkok, ready for the top-flight Pool J matches. The general technical meeting and the press interview takes place on Thursday at the Golden Tulip Sovereign Hotel in Bangkok.

On Friday, USA will open their Pool J campaign against Serbia at 13.30 local time at the Keelawes 1 Gymnasium inside the Thai-Japan Youth Welfare Centre Stadium, with Thailand taking on Argentina at 16.30 in a Pool A rematch from two weeks ago in Macao.