Korean V-League announced two players as MVP award winners of the regular season – one foreigner and one domestic player. 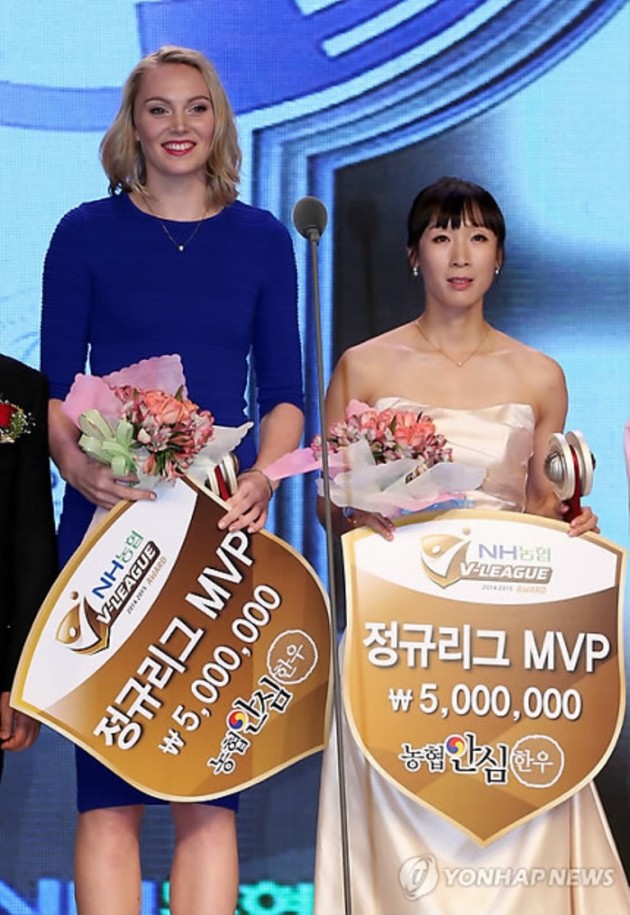 The American Nicole Fawcett, who led hi-pass Zenith Korea Expressway to the first place in regular season and Lee Hyo-Yee, the member of the champions IBK Altos, shared MVP award in a ceremony held in the Grand Ballroom of the „Seoul Convention Center“.

This was the second MVP award to Lee Hyo-Hee after the one in the previous season with Expressway.

On the other hand, Fawcett was the second best scorer in V-League this season with 975 points, behind Azerbaijani Polina Rahimova (1,060).

While receiving the award, the American opposite immediately burst into tears.

„I have grown and developed a lot as a player working under the great coach. I enjoyed the last year spent in Korea,“ said Fawcett.

You can hear the entire speach from her in the video.