If you are still having troubles to decide which receiver should be in your WoV Dream Team, perhaps this text might help you in your choice. 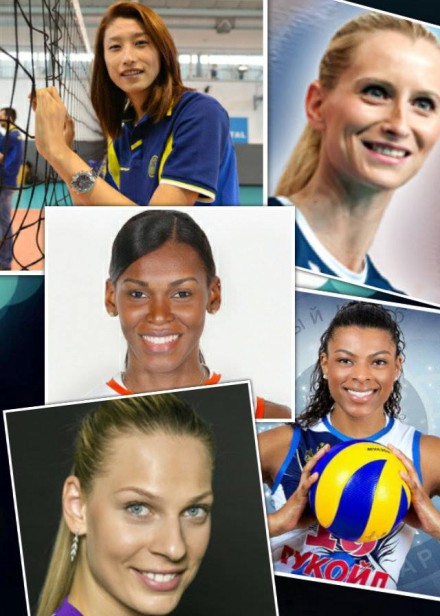 Yeon Koung Kim. Everybody knows that she currently plays for Fenerbahce and that she is as worthy as a whole team. When she is on the court the win is a normal thing and you can always count on her great performances. This season she brought the Turkish club to the second place in the domestic league in regular season and Fenerbahce took the silver medal in the Turkish Supercup. Kim is the best server of the league with 54 aces in 17 matches and until now she is 8th best scorer with 331 points. See Kim’s stats in the season 2014/2015.

Bethania De La Cruz is officially the best receiver of the 2015 CEV DenizBank Champions League. With her good performance and amazing jump from “the second line” during the Final Four tournament in Szczecin, Eczacibasi took the first trophy in the history of this competition. She had powerful attacking during the whole Champions league and at the end she was the fourth best scorer with 187 points in 11 matches. Bethania is the 40th scorer in Turkish league, check here stat here.

Ana Werblinska is the captain of Chemik Police, the hostof the Champions league F4. Her team finished fourth but until the final tournament she and the whole team played on the high level. She is an important player in the Polish team and she deserved to be on our list although Chemik lost the Cup trophy in Poland, beside finishing fourth in CL. Audience loves her. In CL she was the fourth bets server and eighth receiver. Check here stats during the season 2014/2015.

Olesia Rykhliuk is MVP of the Swiss Cup and with Volero she will probably take all trophies in this season. She led her team to the playoff 6 of the Champions League but Eczacibasi defeated them. She was the third scorer of the CL with 201 points and also the best spiker or how we like to say the most useful player with 173 killing spikes in 10 matches. Her attacks are unstoppable and fighting spirit on the court raises the whole team. You can check her stats here.

Fernanda Garay signed for the Russian Dinamo Krasnodar last summer and at this moment she is on the way to take another gold medal. This time her new team plays the final of CEV Cup. Fe Garay is one of the main players of Dinamo who is fighting with Uralochka for the spot in the semifinals of the Russian Superleague. She is 8th scorer of the league, see her stats here.

Leave your vote in our WoV Poll and choose the best male and female player. Pick a Dream Team, too!