Slovakia coach Flavio Gulinelli revealed his key players from the 25-man lineup, who will reinforce the team’s bid in the FIVB Volleyball World League and other international competitions for the 2015 season. 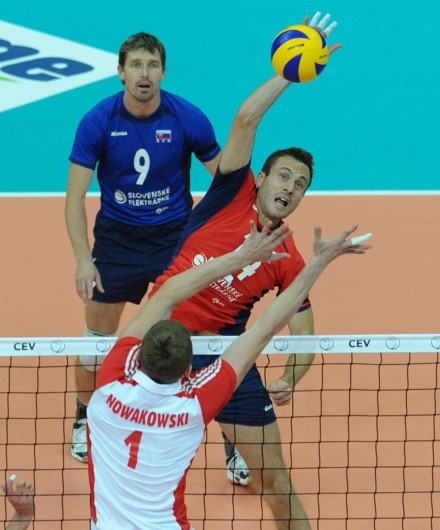 The Slovakian squad is seeking to improve from their debut in the World League, hosting the preliminary round matches in the eastern city of Kosice, then advancing to the Final Four in Bursa, Turkey, eventually finishing in fourth place.

In the 2015 season, Slovakia will make a big leap by organising the World League Final Four in Group 3 at the capital city of Bratislava. The four best teams from Groups F, G and H, including Slovakia will fight for the trophy from July 4-5 at the AEGON Arena.

“The World League will be a great opportunity for us to test the players before the European Championship which will be held on October,” Gulinelli said. “We want to win as many matches as possible in preliminary round in Mexico and Greece, and then get the best result in Bratislava.”

Gulinelli will try to reinforce his squad with setter Michael Masny and middle blocker Tomas Kmet. The 33-year-old Kmet, who has 195 caps in the national team, recently won the bronze medal with Berlin Recycling Volleys in the CEV Champions League.

“It is a great opportunity for us to play in front of our home fans,” Kmet said. “We like the venue, it is very suitable for volleyball. Our goal is to win the Final Four to advance to Group 2.”

Gulinelli is grateful that the national federation is taking the necessary steps to put Slovakia in the volleyball map.
“I want to thank the national federation for making such a big effort to organise the Final Four at home in Bratislava,” Gulinelli said. “We are hoping to return the favour by good performance not only in the Final Four, but also in the preliminary round.”

UPDATE: Christenson for WoV – “I cannot make a decision yet”

Now they are stronger then ever..but they will need Kocian

And they can not play starting six..too old!They will be good for practice

What are you talking about? They will be strong enough to beat Serbia in European Championship

Yes yes..but only in Hockey