Nayka Benitez, the libero of Ponce, has been selected as the most improved player of the 2015 Puerto Rican Women’s Superior League. 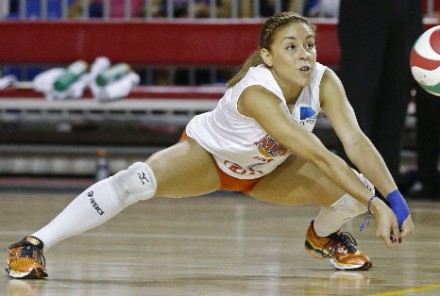 Benitezis the seventh player of Ponce to receive the recognition and the second libero to win it in the history of the award which began in 1993. Ponce finished the quarterfinals Series B of the Puerto Rican Women’s Volleyball Superior League with an undefeated after downing Cataño in straight sets (25-18, 25-18, 25-20) on Monday.

Cataño (1-2) meets Mayaguez Indios  (0-3) in the last match of the quarterfinals on Tuesday. Kelsey Robinson had 16 points to lead Ponce followed by Jetzabel Del Valle and Legna Hernandez with 12 and 11 points, respectively.

Shirley Ferrer was the top scorer for Cataño with 11 points. Ponce held a huge 11-3 margin in the blocking category led by 6 from Del Valle.

ECH M: Winner of the quarterfinals –...