Hisamitsu Springs made a major surprise at the World Club Volleyball championship, after beating the European champions at the start of the tournament. 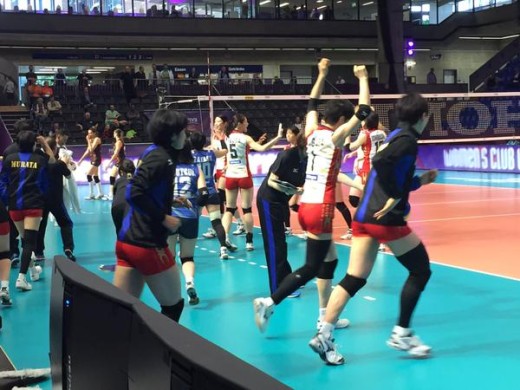 The European champions opened match by smashing the rival in the first set. The Japanese team couldn’t do anything and they were struggling to score a point and at the end, they took only 12 points.

But, in the secon set, Hisamitsu managed to stabilize its playing style and to reduce mistakes! After long and tough battle, Hisamitsu tied the score.

The Turkish team were knocked out. Hisamitsu grabbed the opportunity to take the lead and they did it, 25-20. After all, the winner of the CEV Champions league had to do something to stay in the game.

Eczacıbaşı Vitra woke up in the fourth set and after all managed to tie the score 2:2.

In the tiebreak, Hisamitsu made 7-1 scoring run and Turkish team didn’t have enough power to make new comeback. The Japanese team is the winner of the opening match.

The best save so far this season – Salvatore Rossini (VIDEO)