Although they might be a long way from home, Japanese side Hisamitsu Springs still boasted some vocal support during their sensational victory over Eczacibasi Vitra and in the game against Dinamo Krasnodar at the FIVB Volleyball Women’s Club World Championship 2015 in Zurich 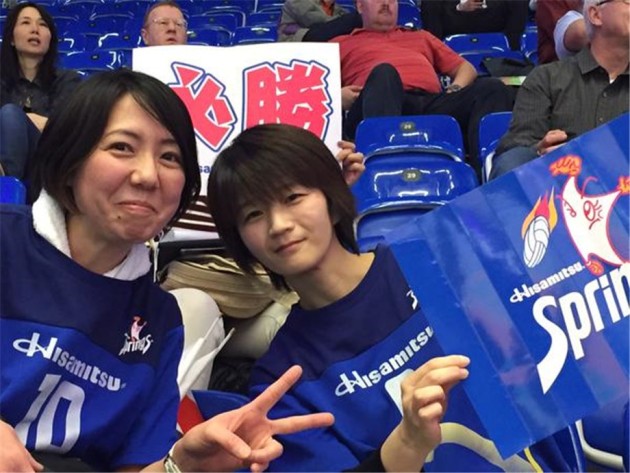 The Asian champions were cheered on by a number of Japanese fans who live in Zurich who were happy to be able to watch some of their country’s top volleyball stars on their doorstep.

“I got info from the Japanese membership newspaper that there was a Japanese team coming so that’s how I got here,” said one fan. “I used to be a fan of volleyball as well.”

But many were not just there to catch their compatriots on the court, with most looking forward to seeing some of the world’s best clubs in action.

“It was really exciting and it’s a nice atmosphere,” another fan said. “It’s really interesting and exciting.”

Fe Garay: “There’s no friendship on the court”