WL M: Serbia end third round with win over Japan 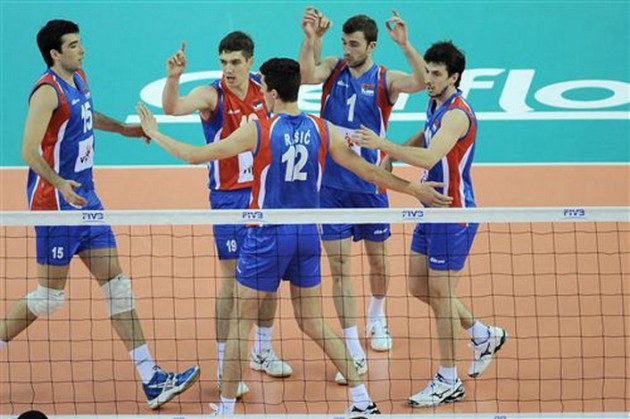 The score stayed close in the beginning of the match and after a good spike from Japan they led, at the first TTO 7-8. Some reception errors from Serbia forced them take their first timeout at 7-11, but it didn’t help and they made more mistakes, as they gifted the set to Japan.

The second started evenly before Serbia made a double substitution and edged into the lead with a four-point advantage 8-4. Things got even worse for Japan after Tatsuya Ueta gathered his team and Serbia extended their lead to eight points 12-4. Serbia gave no opportunities to their rivals and a powerful spike by Aleksandar Atanasijevic helped them finish the set ahead.

Japan started the third set motivated and quickly opened-up a five-point advantage. Serbia fought back to level the score but an attack from Ageba Yuya made Serbia take a second timeout. Japan kept on dominating, being rather effective in block and took the set.

Serbia had slightly better control, by the first TTO in the fourth, but Japan didn’t give up and made the score even at 11-11. Igor Kolakovic’s team took a four-point lead after some good serves and maintained the lead to take the match to a tie-break

Some mistakes from Japan granted their opponents a 7-4 lead and Serbia stormed ahead to finish the match 15-10.