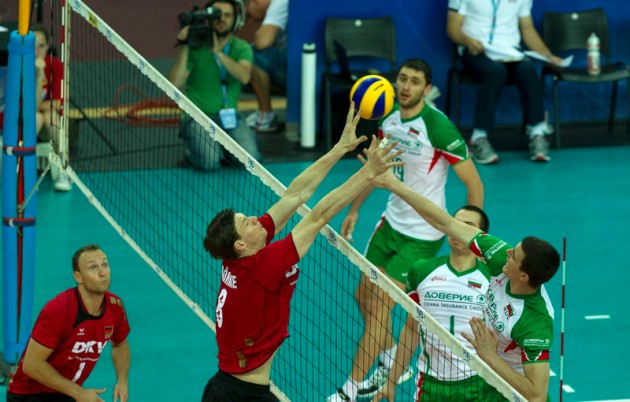 Tsvetan Sokolov created many difficulties for Germany but it wasn’t enough as Vital Heynen’s side clinched victory.

Sokolov was the best scorer of the match with 33 points, while Marcus Popp was the best for the Germans with 16.

Bulgaria started better in the first set, but two consecutive points from Marcus Bohme granted the lead to Germany. The scores stayed level Balance until the first TTO with a small advantage for Nayden Naydenov’s side. The lead h changed many times before a point from Tischer gave Germany a three-point advantage which they carried through to the end of the set.

The second set was also balanced but Bulgaria arrived at the first TTO with the advantage. But Germany again came back into it and went ahead at 23-22. Bulgaria tried to fight their way back but it wasn’t enough as the Germans went 2-0 up.

Bulgaria stormed into the third, catching Germany by surprise. An ace from Grozer reduced the difference, but Valentin Bratoev brought the match back Bulgaria’s way. Germany tried to fight their way back but a couple of errors gifted the Bulgarians the set.

In the fourth set the changes made by Heynen started to work, as he took advantage of some tiring Bulgarian players. Germany increased the advantage before clinching the set and the win.

WL M: Serbia end third round with win over Japan

Germany: With the joy of playing…