Sora continues to work quietly in this off-season but very efficiently as the club announced another excellent signing. Indeed, it brings in Finnish spiker Antti Siltala. 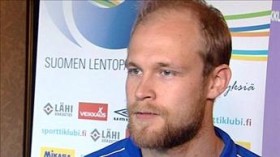 A Finnish international since he was 16, he has now 63 caps. While he has never played in Italy, he registered his first experience abroad in 2005, in France with Choumont. Back in his home country he won the cup in 2007 and was elected the league MVP. He can also boast a league-cup double in Belgium with Maaseik as well as a Cev cup final, lost against Roma in 2008. Then he also played in Turkey, Greece and Poland.