Cuba captain Wilfredo Leon said his side are happy with how they have performed in the 2012 FIVB Volleyball World League so far, but are eager to clinch a place in the Finals when they take on hosts Serbia, Japan and Russia in Novi Sad this weekend. 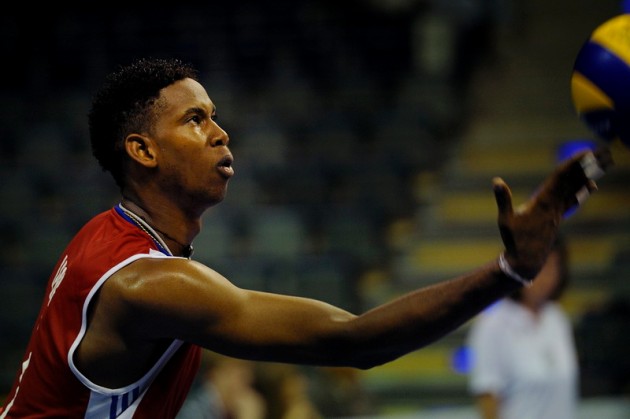 Speaking at the press conference on Thursday, Leon said he believed his side could clinch the point that would see them progress to Sofia, Bulgaria for the Finals.

Bojan Janic, Serbia captain: “First of all, I would like to invite all volleyball fans to come and see the matches of these fantastic teams, and of course to support our team who is the reigning European Champion and one of the participants at the Olympic tournament. We will do our best for sure, despite the fact that Cuba is favourite to win this pool. We had some very nice matches this year in the World League, and virtually all players have played and performed well. With the help of our trusted fans, maybe we could even win all three matches.”

Wilfredo Leon, Cuba captain: “The team is very satisfied with the performance up to this moment. We hope that we will qualify for the Finals. I think we can get this one point that we need.”

Taras Khtey, Russia captain: “We take this very serious and we would like to get the best possible result this weekend.”

Daisuke Usami, Japan captain: “It will be very difficult to play this tournament, but we will do our best.”

Igor Kolakovic, Serbia coach: “I would also like to invite our fans to see this tournament. These are the last official matches in our country before the Olympic Games, and it would be great to play in front of a capacity crowd. I am aware that Cuba practically qualified to the Final Tournament, but all the same it would be a great spectacle in Novi Sad with some of the best teams in the world competing.”

Orlando Samuels, Cuba coach: “We are very satisfied with the previous results, and we are on the verge of qualifying to the Finals. However, we cannot afford to relax, we have to maintain the focus and finish the group stage in the best possible way.”

Vladimir Alekno, Russia coach: “I am sorry that we couldn`t manage to qualify to the Final Tournament, but these matches will serve us as a preparation for the Olympic Games.”

Tatsuya Ueta, Japan coach: “This is the second time I am in Novi Sad, it is a beautiful town. We hope we get at least a point from the next three matches. I think that`s the maximum that we can get against these teams right now.”