Thailand romped past Cuba 3-0 here on Sunday for its second win at the women's volleyball World Grand Prix Finals, while Cuba lost all their five matches at the tournament. 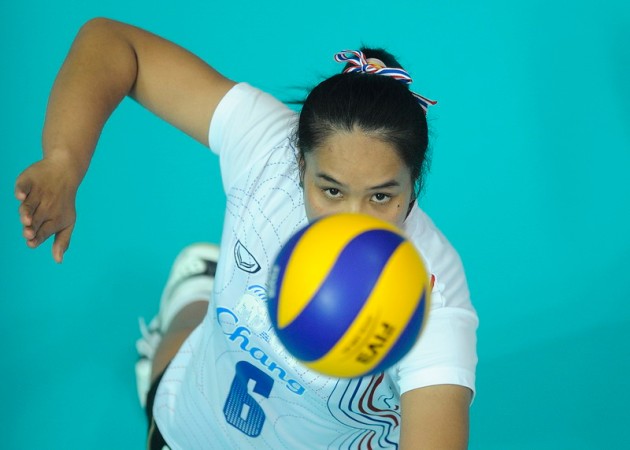 Following a thrilling victory over host China, Thailand continued to show their consistency in the 25-22, 30-28, 25-23 sweep of Cuba.

Cuba started strongly with powerful serving and lethal spikes from the left wing by Santos and Mendoze Yoana Palacios to take a 5-1 lead in the opening set.The Thai women, however, managed to keep postive poise with quick attacks at middle and strong service by wing spiker Onuma, while the Cubans‘ poor reception and spike errors got their way to keep the winning momentum. The Thais led into the second TTO 16-12.Cuba tried to fight back as the Thai spiker Malika Kanthong retired from the court because of foot injury, but their serve errors cost them a fortune and Thailand got the set point 24-19. Cuba managed to save three set points, but an out-of-court spike from Rosell Wilma Salas awarded the Thai team the set vicotory 25-22.

It was hotly contested early in the second set before Thailand took an early lead at 11-9 with a kill from Wilavan. But Cuba soon erased the deficit and overtook the lead as they rebuilt the remarkable attacking and pushed the game to 22-19 on their soil.But it was Thailand who got the set point first as they rallied to a 5-1 run to make it 24-23. Linares Sulian Matienzo contributed three points for Cuba to save three set points, but a cracking smash by Omuma sealed the victory for Thailand at 30-28.