Josef Musil, one of the major stars in Volleyball history, was recently congratulated on his 80th birthday by CEV President André Meyer who yesterday traveled to Karlovy Vary to attend there the final round of the 2012 CEV Volleyball European League – Women. 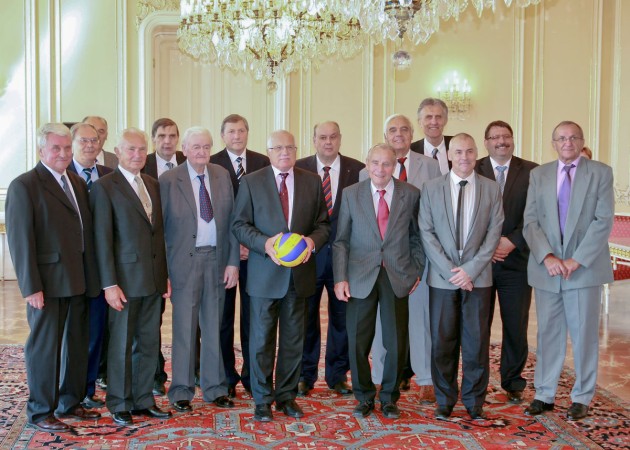 Together with CEV Vive President Jan Hronek, Mr. Meyer expressed his best wishes to Josef Musil, a double World champion in 1956 and 1966 and Olympic medalist from the 1964 and 1968 Games in Tokyo and Mexico City where he claimed a silver and bronze medal respectively with the Czechoslovak national team. Musil turned 80 this past Tuesday, July 3.

Last year as the Czech Volleyball Federation celebrated its 90th anniversary, Josef Musil – together with other members of that group that wrote history back in the ‘50s and ‘60s – was decorated with a special Medal of Merit by the Czech Head of State, Vaclav Klaus (see picture, Musil is the one standing on the left side of Mr. Klaus).

When referee is gentleman (VIDEO)