After the final game of the European League for women, some participants shared their impressions. 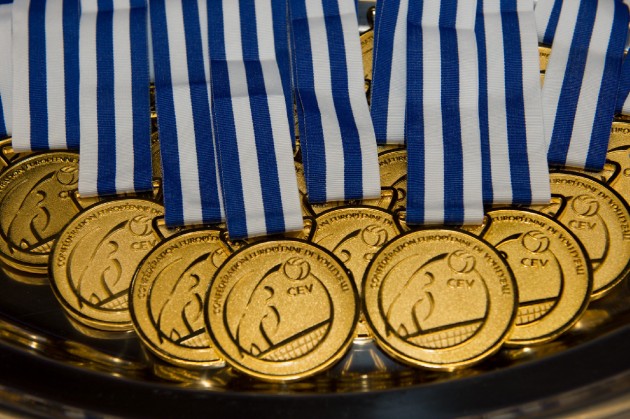 “We did not play a good match today”, said the head coach of Bulgaria, Marcello Abbondanza. “My team is formed by many young players, who are not used to play this kind of matches; they did not present the right state of mind today in such a difficult game, but I have to say that I am very proud of my team, for all that they have accomplished in the tournament”, pointed out the Italian head coach, who stressed the importance of the qualification for the Grand Prix next year.

“We could not show our real level today, as we did in the semi-final”, said Bulgarian captain, Strashimira Filipova. “We just could not give enough to win the gold”.

The emotions and happiness characterized the sentiment in the winning team. “My players were exceptional today”, said head coach of Czech Republic, Carlo Parisi. “We had the victory in mind at all times, and gave a great performance, even in the difficult moments of the game; we are very happy for this result”. The Italian born head coach stated the importance of the first CEV European League title for this team: “We receive now the reward for our hard work and I hope that this title is the perfect boost to continue working as we have done”, he added.

It was a very important day for MVP Aneta Havlickova, one of the keys in the historic triumph of the Czech squad. “We are extremely happy because this is our first gold medal”, said the opposite player, who wanted to thank the public at KV Arena for the support: “They have helped us so much, and I cannot say anything but thank you very much!”. “I just hope that this victory is only the beginning of our success story and that next year we can continue the same way”, added the MVP of the tournament.