Azerrail Baku enters the next season very ambitiously, with another huge reinforcement. 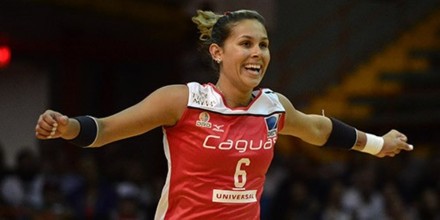 As apasport.az published, the Azerbaijani team, so far mostly active in the transfer market out of all clubs in its country, signed the Puerto Rican national team receiver Stephanie Enright.

A 24-year-old player sealed a one-year contract and arrived from the last season’s Puerto Rican champions, Criollas de Caguas, being announced as MVP of the play-offs.

She has won six medals with Puerto Rican national team, mostly on regional and continental tournaments.

IT’S OFFICIAL: Berruto hands in his resignation to Italian VF