Cuba booked a ticket to the 2013 FIVB Boy’s Youth World Championship by reaching the gold medal match of the NORCECA U-19 Continental Championship on Friday. 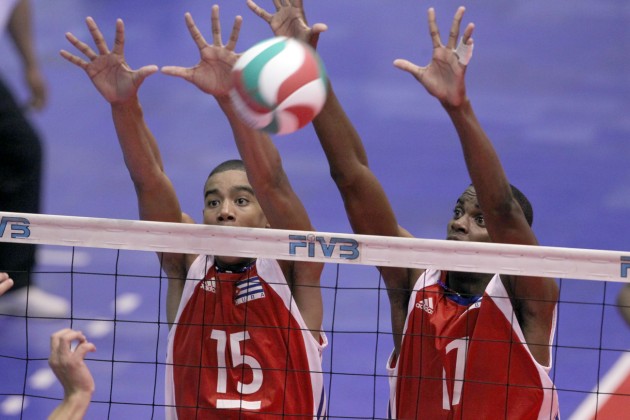 Defending champions Cuba will play hosts Mexico for the title on Saturday while USA will play Puerto Rico for the bronze and a second ticket to the world championship. Mexico is already qualified as hosts of the competition to take place in Tijuana and Mexicali.

Osmany Santiago Uriarte led the Cuban squad with a tournament-high 36 points, while Inover Romero finished with 20.  For USA Lee Smith and Fey Kupono tallied 15 and 14 respectively.

“This was a final in advance”, Cuba’s Coach Rodolfo Sánchez said. “We played against a very tall and talented team with a great technique. I am happy with the kids for this victory and hope USA also can qualify to the World Championship.”

“This is the fruit of hard work”, Mexican coach Oscar Licea said. “We have many years working with these boys.  They have shown a very mature attitude and we will apply a good strategy in the final against Cuba.”

MKD: BVA extends partnership with Halkbank for the good of Volleyball