USA women’s coach Hugh McCutcheon has said his side will have a winning mindset when they arrive in London for the 2012 Olympic Games in a few weeks in the latest feature on the FIVB’s Road to London website. 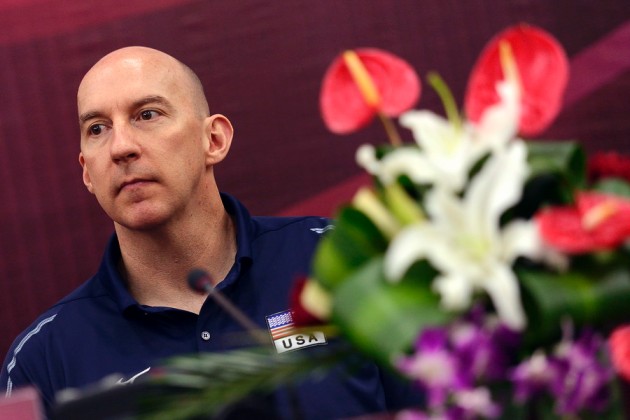 Since taking charge of the women’s team in 2009 the New Zealand-native has taken them to three FIVB Volleyball World Grand Prix titles as well as the world No.1 spot.

“The mindset for London is we’ll go do the best we can to win,” he said. “People ask me about my personal perspective. Honestly I haven’t gone there. I’ll get there, experience it, and what will happen, will happen.”

He also discussed his time with the men’s team at the 2008 Beijing Olympic Games, including the tragic death of his father-in-law one day into the tournament.

“This event happened, it was terrible and tragic, but people had put four, some 12 years of their lives into reaching the mountaintop in our sport,” he said on returning to the team halfway through the Games. “That’s where the focus should be and even though the media are still interested in revisiting that topic, again it does a disservice to what this group of women have been doing the last three years. We’re ranked No.1 in the world and to somehow look back now is not where the focus should be.”