Both finalists od the 2015 FIVB U21 World Championship in Mexico are known – Russia and Argentina! 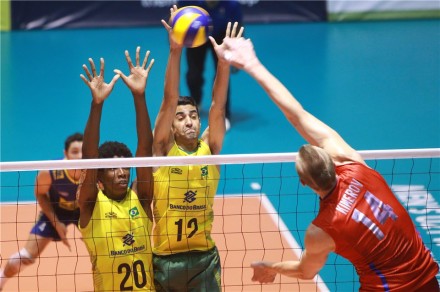 The outside hitter Denis Bogdan was unstoppable in the winning team, collecting 24 points while the opposite Caio Oliveira finished with 23 on the other side.

Russia will play against Argentina in a gold medal match, which will be their second clash on the tournament so far.

Argentinian spiker Brian Melgarejo and Chinese opposite Runtao Xia shared a title of a top scorer, each collecting 12 points.

See all the results, stats and standings of the U21 World Championship 2015 HERE.